Do you wish to pass a board resolution by circulation ?

1.Publicise the draft of the resolution in duplicate with all required papers, if any to all the directors.

2. Send the draft resolution together with important papers, separately to all the directors or in the case of a committee to all the members of the committee.

4. If at least one third of the total number of directors are desirous of the items to be discussed at a board meeting then the resolution cannot be passed by circulation.

5. If all or more than two third of the total number of directors approve the resolution. The resolution shall be deemed to have been duly passed by the board. 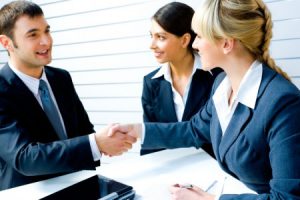 8. The resolution in the case of the following matters are not passed by the board of circulation :

(a) Filling up of casual vacancy in the office of a director appointed in general meeting.

(b) to make calls on members.

(c) to authorize the buy-back.

(e) to borrow money otherwise than above.

(i) to approve contracts in which directors are interested.

Please note that vide companies (meetings of the board and its powers) amendment rules 2015 dated.

(j) In the case of a public limited company :

to make a person as a managing director when he is a manager in another company.

9. A certain number of directors dissented from it, if any and also that it was passed by majority of directors.

In case of a resolution committee of directors the circular resolution shall be deemed to have been passed, subject to the terms of reference relating to quorum of the committee and point no 4 above, on the date on which it is signed and dated as approved by the majority of the members of the committee entitled to vote on the resolution whichever is earlier.

11. The same procedure as described above will also be applicable to a committee of a board desirous of passing a resolution by circulation.