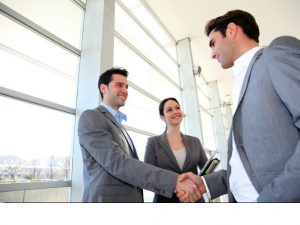 Members: A company is composed of members though it has distinct own entity from members. The company members are the persons who, for the time being the company constitute as a entity of corporate.

A company is composed of members though it has distinct own entity from members. The company members are the persons who, for the time being the company constitute as a entity of corporate.

In  case of company by limited shares, the shareholders are the members. The term “shareholders” and “members” are used usually interchangeably, being synonymous, as there can be no membership except through the shareholding medium. Thus, generally speaking every shareholder is a member and every member is a shareholder. However, there may be statement exceptions, e.g., a person may be shareholder by transfer but would not become its member until the transfer is registered in the company books in his favor and in the register of members. Similarly, a member transferred his shares too, though he does not hold any shares yet he continues to be a company member until the transfer is registered and his name is removed from the members register maintained by the company under section 150 of the Companies Act, 1956.

In Herdilia Unimers Ltd. v. Renu Jain [1995] 4 Comp. LJ. 45 (Raj), it was held that the moment the shares were allotted and certificate share signed and register in the register of member the name, the allotted became the shareholder, not respective of whether received the shares allottee or not.

In the company limited by guarantee, the persons who are liable under the guarantee clause in its Memorandum of Association, are the company members.

In an unlimited company, the members are persons to the company who are liable, each in proportion to the extent of interests in their company, to contribute the necessary sums to discharge in full, the company debts and liabilities in the event of being wound up.

1, The company memorandum subscribers shall be deemed to have agreed to become the company members and on registration shall be entered as member in its member register.

3. Every person company shareholding equity and whose name is entered as owner of beneficial in the depository records shall be deemed to be the concerned company member.

Accordingly there are two main elements which must be present before a person can acquire the company membership viz., (i) agreement to become a member , and (ii) the  person name entry so agreeing, in the company members register. Both these are cumulative conditions.

As per Section 41 of the Companies Act, a person may get the company membership;

a, by subscribing the Memorandum of Association ( agreement deemed) ; or

b, by agreeing to become a member in writing:

i, by making the company application for shares allotment or

ii, by executing transfer of shares of an instrument as transferee; or

iii, by consenting to the share transfer of deceased member in his name; or

iv, by estoppel or by acquiescence.

c, by holding company share capital equity whose name is registered as beneficial owner in the depository records (Under the Depositories Act, 1996),

and on his name being entered in the company members register. Also every such holding person the company equity share capital and whose name is entered as the owner beneficial in the depository records shall be deemed to be the concerned company members.

a, Subscribers to the Memorandum.

In the subscriber case, no allotment or application is important to become a member. By his memorandum subscribing virtue, he is deemed to have agreed to become a member and he becomes facto member ipso on the company incorporation and he has subscribed liable for shares he has subscribed. The company incorporation and he is liable for the shares he has subscribed. To the memorandum a subscriber cannot rescind the contract for the shares purchase by the promoters even on the ground of fraud. In Re. Metal Constituents (Co., 1902 1. Ch. 707 that the subscriber it was held, by signing the memorandum, is bound to other company members. The facts of these case are that a subscriber agreed to take shares 350. Thereafter he needed to rescind on the ground contract that he was induced to sign the memorandum by misrepresentation of the promoters part. It was held that by his own act, he brought the company into existence and the contract he cannot rescind. A subscriber to be liable must sign by hand of his own or through an agent authorized.

In Kumaran Potty V.Venad Pharmaceuticals and Chemicals Ltd., (1996) 2. Comp. LJ 288(1996) 2 Comp. LJ. 288 (Ker), a question arose as whether the promise purpoted to convert loan into shares also can constitute a ground for members rectification of register. the company vice chair man collected huge sum of money as if they were loans from the employees. After substantial part of loans repayment, the Managing director agreed reportedly to convert into shares the remaining amount. However, make the employee petitioner  for the unpaid amount of the shareholder. It was held that was nothing the amount but a loan and remained a loan always. To become a shareholder there must be agreement in writing under Section 41(2) of the Companies Act between the company and the petitioner.

In accordance with the provisions of Section 36(2) of the Companies Act, 1956, all payable money to the company by any member under the articles or the memorandum must pay for his shares even in cash if the promoters have promised him services for shares rendered in connection with the company promotion. Again, he must take directly the shares form the company, and not through transfer from other members(S). When a person signs a memorandum for any number of shares he becomes bound absolutely to take those shares and not delay will receive him from that liability unless the obligation he fulfilled. His liability remains good up-to the time when the company goes into liquidation and his is bound to give the money for which he is liable to pay to the company creditors. By virtue of Section 266(2) of the Companies Act, a person  who, being named in the articles as director files and signs an undertaking to take and pay for his shares qualification, he shall, as regards those shares, be in the position that are same as if he has signed the memorandum for shares of the value and the number.

The requirement of ‘agreement in writing’ is a requirement statutory based on a public policy principle and therefore cannot be waived by the parties. Ram Kishan v. Kanwar Papers P.Ltd. (1990) 69 Com Cas 209(HP).

By an allotment and application.

A person who applies for shares become a member when allotted shares to him, a allotment notice is issued to him and his name is written on the register of members The contract general law applies to this transaction. There is an members offer. There is an offer to take shares and this offer acceptance when allotted the shares. An application may be absolute for shares or conditional. If it is absolute an allotment and its applicant notice will be sufficient acceptance. On the other hand, if it is conditional offer, the allotment must be made according to be condition as contained in the application. If there is application conditional and allotment unconditional, there is no contract.

A person may become the company member by operation of law., i.e., if he succeeds to the deceased member estate. Membership by this method is a legal consequence. On a member death, his executor or the person who is entitled under the law to his estate succeed, gets the right to have the transmitted shares and registered in the company’s register of members. No transfer instrument is important in this case. If the representative legal of deceased member desires as a member to be registered in place of the member deceased, the company shall do so or in the alternative he may request the company to the shares transfer in the another person name of his choice. The Official Assignee of the Official Receiver is entitled likewise to be a member of the shareholder in place, who has been insolvent adjudged.

By estoppel or acquiescence.

A person is deemed to be the company member if he permits his name, without sufficient cause, to be on the members register of the company or holds otherwise himself out or allows himself as a member to be held out. In such  a case, he is estopped from his membership denying. He can, however, escape his liability by taking action that are prompt for having his name removed from the members register or on grounds permissible.

Holding shares as Beneficial owner in the Depository Records.

A new sub-section (3) has been inserted in Section 41 by Depositories Act to issue that a holding person company share capital whose name is entered in the depository records shall be deemed to be concerned company member.

Who may become a member

Subject to the articles and members (a person who is to contract competent) except itself the company, can become a company member. However, it is main to note the following points in accordance to certain persons and organisations.

Company as another company member:

Partnership firm as a member.

A non-profit company making company licensed under Section 25 of the Companies Act can become another company member if it is authorized by its Memorandum of Association to invest into shares of other company.

A foreigner may take an Indian company shares and become a subject member of the Foreign Exchange Management Act, 1999 to the provisions, but in the war event with his country, he becomes an alien enemy and his voting power and his right to get notices are suspended. 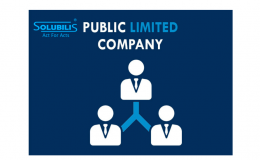